Evaporative Coolers
for Small and Large Areas
Mobile and Stationary 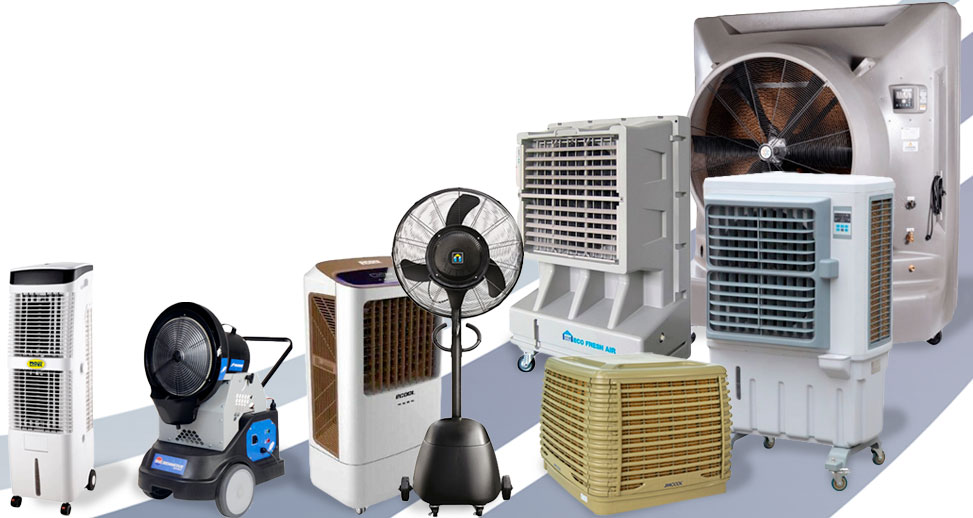 Coolers use a natural cooling principle that does not require the use of refrigerant gases or expensive compressors. This translates into savings on purchase costs and electricity consumption with considerable advantages even in the short term. A 3,000 cubic meter cooler now absorbs less than 300 W and approximately 6-8 liters of water per hour, for example.

Evaporative coolers are the ideal solution for: 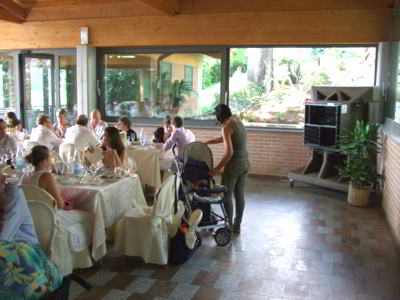 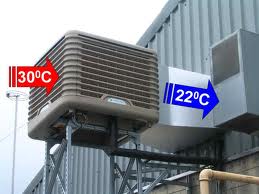 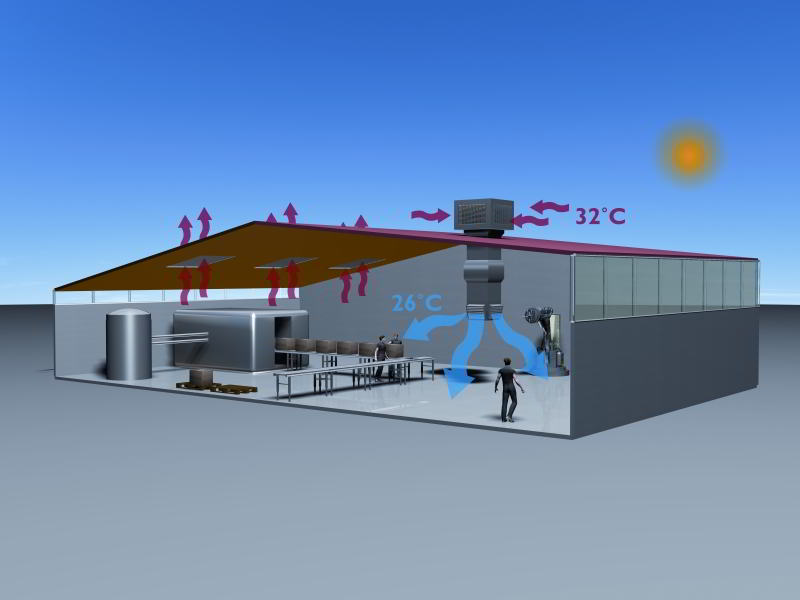 Evaporative Cooler: How It Works

Evaporative cooling is a process that allows you to filter the hot and stale air inside the rooms, making it clean and cooler by 5-10 ° C.

Evaporative coolers let hot and stale outdoor air pass through filters wet with water and using the physical principle of evaporation, they re-emit it in the cleaner and fresher environment, generating the so-called "sea breeze effect", greatly improving comfort. a much cheaper cost than traditional air conditioning systems.

Watch the Video on the operation of the Evaporative Cooler

There are many advantages given by the use of the evaporative cooler. Watch the video and find out how it works.

Differentiate between Air Conditioner and Cooler

Compared to traditional air conditioners, coolers use a natural cooling principle that does not require the use of refrigerant gases and expensive compressors. This translates into savings on purchase costs as well as electricity consumption with considerable advantages even in the short term. To give a practical example, a 3,000 m³ / h cooler absorbs less than 300 W and about 6-8 liters of water per hour. We are at -90% installation costs and -75% operating costs.

When is it convenient to use a cooler?

Evaporative coolers are the ideal solution to lower the temperature of places where it is not possible to close the doors.

For workplaces, the most common examples are workshops, warehouses and in general all cases in which drafts would make the use of normal gas conditioners only a waste of energy.

Coolers are also widely used outside industrial environments and are particularly useful in banquet halls, theaters, conference rooms, showrooms and many other public places.

Even in well-ventilated domestic environments, coolers are the cheapest and most ecological choice for cooling.

The evaporative cooling system allows the cooling, at low cost, of any type of industry, craft or commercial activity but also domestic environments.

Some application examples of coolers are: 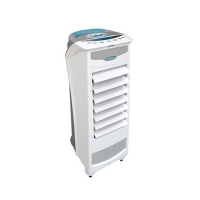