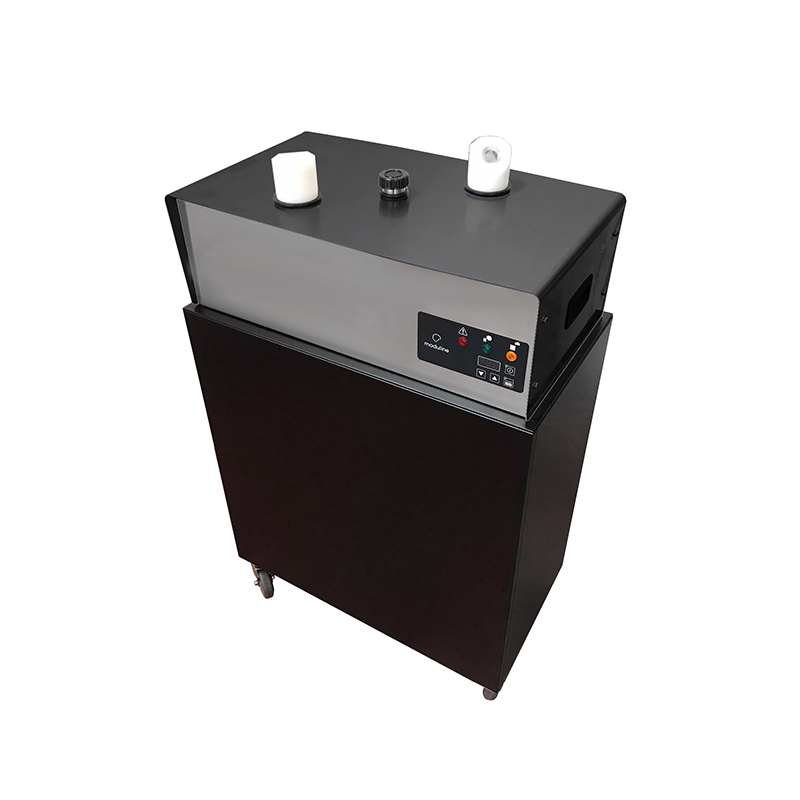 Pure Peroxide is a portable machine - with certified quality and entirely Made In Italy - using hydrogen peroxide for professional sanitization and disinfection of private and public environments such as workplaces, factories, offices, catering premises, in the hospitality in the HoReCa sector.

Hydrogen peroxide - already known and used as a disinfectant for topical use - is used by Pure Peroxide stabilized at 7.5% and nebulized for producing a dry mist;  it can sanitise environments in only 20 minutes.

The emission of the sanitizer by Pure Peroxide takes place automatically, without particular assistance by the operator. The delivery is extremely fast (1 min / 20 m³), allowing a rapid sanitization with certified effectiveness.

The Ministry of Health - circular n ° 5443  dated 22/02/2020 - recognizes stabilized hydrogen peroxide as one of the allowed methods for sanitization, disinfection that causes no harm to humans and it can contain the new Coronavirus spread.

Sanitizing with Pure Peroxide doesn't require any specific training or particular attention: its use is simple and intuitive and handling the hydrogen peroxide mixture requires the same attention and care used with other cleansers.

The hydrogen peroxide nebulised by Pure Peroxide isn't corrosive on machinery, on materials or fabrics; It is possible to enter the treated environment only 20 minutes after the ended nebulization cycle, without any risk for people. The sanitized environment will be safe and healthy. The mixture, totally non-toxic, can be vaporised on any surface, and it is pefect for disinfecting air ducts.

Advantages of sanitizing with Pure Peroxide

It is recommended to leave the room to be sanitized, letting the Pure Peroxide automatic sanitizer act for 20 minutes.

For additional information on the proposed models and to buy separately:

INDORS is an Authorized Service and Repair Center

Our workshop is able to guarantee efficient and professional repairs: speed; of intervention, competence and availability are our strengths.

By purchasing from Indors you will also have purchased peace of mind: our Assistance and Repairs Service guarantees quick and timely solutions for any problem thanks to the safe availability; of spare parts, your equipment will always be efficient and available within a few days at a low cost. More information

All products sold by Indors are covered by a legal guarantee of 2 years from the date of purchase for purchases by individuals (12 months for professional users) for lack of conformity, pursuant to art. 128 ff. Legislative Decree no. 206/2005.
More information

Be the first to write your review!